Though often ignored in favour of its’ big sister Kilimanjaro, Mount Meru is a worthy trekker’s paradise. This massive volcano towers over 3,000 meters above Arusha town, which lies at the foothills on its south side. The mountain endured a violent explosion in the distant past, and in its wake the explosion left towering cliffs in a gaping U shaped ridge facing east towards Kilimanjaro. The crater stands today in a protected amphitheatre of sorts, thousands of feet below the summit rocks. The craggy top lies at the westernmost point of the summit ridge and juts boldly into the sky at 4566 mt. (14,979 feet). From the top, one can look out at Kilimanjaro from the highest perch possible…. Perhaps there is no better vantage point to gaze at Africa’s tallest mountain, approximately 80 km to the northeast. 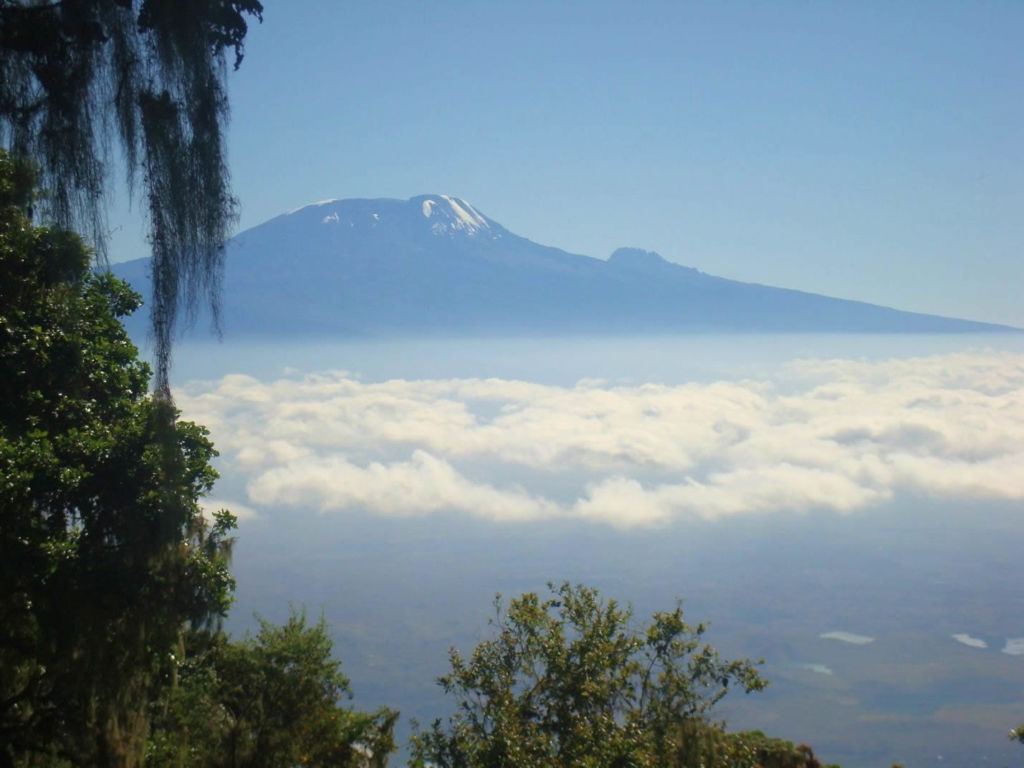 One of the best views of Kilimanjaro; from above the clouds on Mount Meru.

What makes Mt. Meru truly special is the chance to see animals on foot, and explore the Meru Crater. This area is home to elephant, cape buffalo, giraffe, elephant, waterbuck, bushbuck, dik dik, warthog, olive baboon, Abyssinian (black & white) Colobus monkey, sykes monkey, and you may find traces of leopard, civet cat, red duiker and mountain duiker, plus a huge diversity of birds. An armed ranger joins all Mt. Meru treks, for safety. Trekking here can be done in the Meru Crater on a popular day-trip that we offer. A climb to the summit is usually done in a three-night / four-day itinerary, though it can be done more quickly. The minimum age to climb to the summit is 12 years.

The highlands of Ngorongoro are home to some of the East Africa’s most spectacular sights; misty forests and rolling hills, ancient craters and the noble Maasai who inhabit the area. The trek begins at the rim of the remote Empakai Crater, a forested crater with an emerald green lake at its bottom. The first day’s hike is around the lake at the Empakai crater floor, then the next day the trek begins in earnest, from Empakai Crater downwards into the highland meadows to a small Maasai village called Nayobi. We spend the night camping in a private Acacia grove atop the Rift Valley escarpment, with magnificent views of Ol Doinyo Lengai, the ‘Maasai Mountain of God’, and the world’s ‘coolest’ volcano. On the third day we continue down the Rift Valley escarpment wall to the base of Ol Doinyo Lengai and the great expanse of Lake Natron and the salt flats that surround it. We set a camp near a clear, cool river which flows from a nearby waterfall emanating from a fissure in the escarpment wall. Year-round, this clear river flows into the barren, parched plain close to Lake Natron, and disappears into the sand! From here there are many trekking options, including a trek up Ol Doinyo Lengai. Of course, this itinerary can be included as part of any safari, including Serengeti, Ngorongoro, Tarangire & Manyara before or afterwards.

This trek is suitable for people of many ages and abilities, but the minimum age recommended is 10 years. The daily trekking time ranges from 4 to 6 hours, and trekkers are only required to carry a daypack. 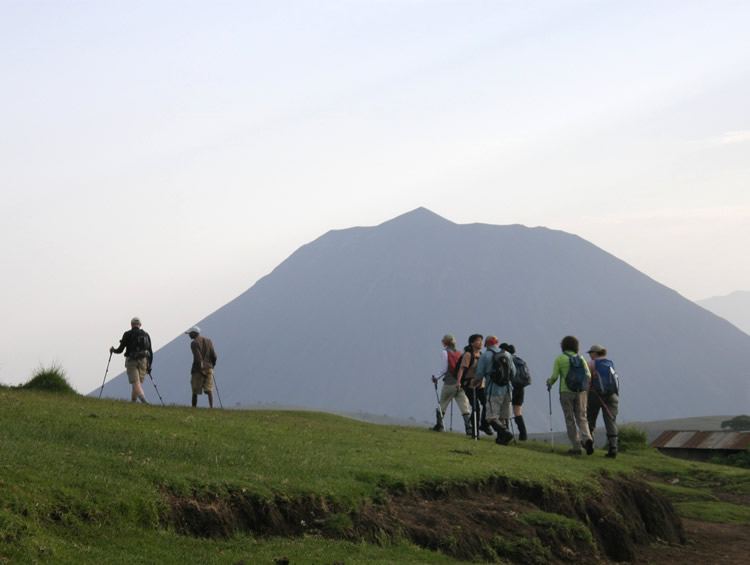 On the Ngorongoro highlands trek, with Ol Doinyo Lengai looming behind & below on the Rift Valley floor

Mount Longido dominates the skyline above Longido, where we operate a private seasonal camp and our signature trekking program. Longido rises approximately 1,000m from the acacia woodlands which surround it., to 2,625m at the summit. The mountain is remote, and there are no ‘hiking’ trails…we follow animal trails and our Maasai guides keep a careful lookout for Cape Buffalo. The trek is an adventure, and usually a full day expedition, challenging yet extremely rewarding, and well off the tourist tracks! 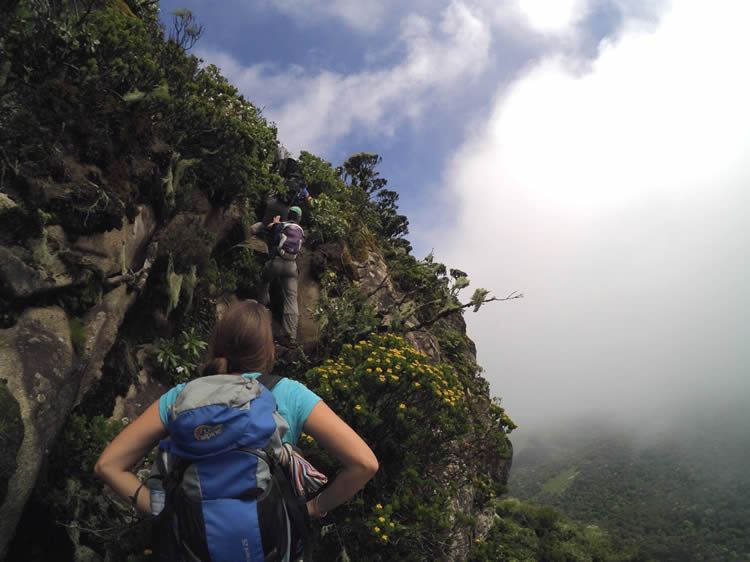 TREK FAQ
WHAT YOU NEED TO KNOW
READ MORE